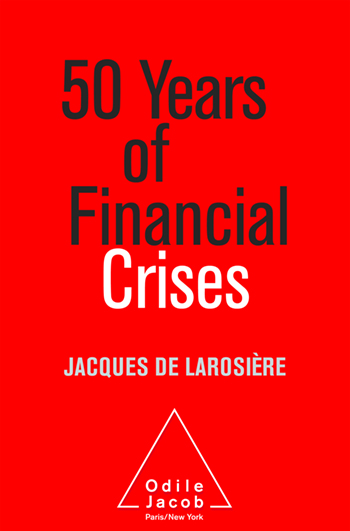 “This story essentially tells of the financial crises that the markets always end up inflicting on those who have abused their innovations, their excesses and the lax atmosphere.

Dealing with these crises – in often inventive ways – has taken up much more energy than their prevention or any substantive reforms.

I had the privilege of being involved in some of these ‘ways out of crisis’. I lived through their dramatic intensity and was, sometimes, able to contribute to pragmatic solutions which helped to steady the ship. This was true, for example, of the Latin American crisis, negotiation of the IMF adjustment programmes and aiding the transition of the Eastern European countries.

But the picture is still dark. The 2007-2008 crisis, with its trail of unemployment and recession, is an extreme example of what excess debt can do. And quantitative easing policies, implemented to minimize the effects of the ‘great recession’ despite its origins in the abuse of debt, plunge an observer like myself into an abyss of questions and doubts.”

From the collapse of Bretton Woods to that of Lehman Brothers, a first-hand account of fifty years of financial crises by a participant on the front lines of finance and currency.

The memoirs of an exceptional, influential man who worked alongside Jacques Delors, Valéry Giscard d’Estaing, Raymond Barre, Paul Volcker, and many others.

Jacques de Larosière spent his entire career at the head of financial institutions: he was first Managing Director of the International Monetary Fund (1978-1987) before becoming Governor of the Banque de France (1987-1993), then president of the European Bank for Reconstruction and Development (1993-1998). He is currently Advisor to the president of BNP-Paribas.