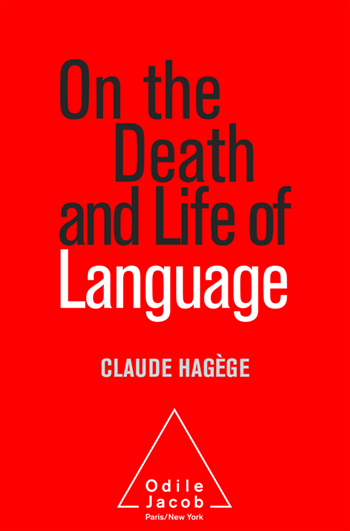 On the Death and Life of Language

“Do people know that on average around 25 languages die every year? In one hundred years, if nothing has changed, half of all languages will be dead. At the end of the Twenty-first Century, there should therefore remain around 2,500, and probably many fewerif we take into account a very possible acceleration of the rate of disappearance. Granted, like civilizations, languages are mortal, and the chasm of history is big enough for them all. However, there is something completely unique, and exalting, about the death of languages, when we become aware of it: languages can be resurrected! But this requires vigilance, without which all are threatened, including French.” C. H.

Claude Hagège is a recipient of the CNRS Gold Medal, and professor at the Collège de France. He is the author of L’Enfant aux deux langues, Le Français et les siècles, both huge best-sellers.