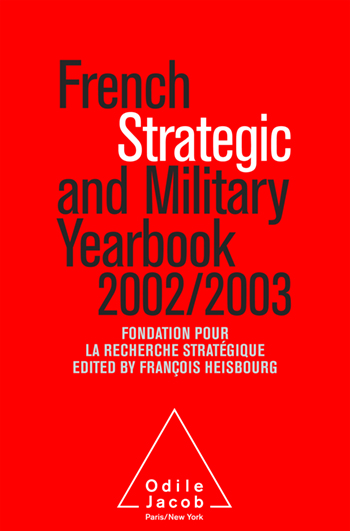 The advent of hyperterrorism on “9/11” and subsequent military operations have marked the return of strategic affairs as a core concern of the citizens of our countries. This French Strategic and Military Yearbook analyses from a European vantage point the major themes of our time: American military operations, Russia's new geopolitics, the struggle against mass destruction terrorism. The Yearbook also presents the first review of the French armed forces after their transition from conscription to an all-volunteer format. The Yearbook is complemented by on-line data provided by the Paris-based Fondation pour la Recherche Stratégique (FRS).

To produce this Yearbook the FRS has relied on some of the best French analysts, under the direction of François Heisbourg.